A falling film evaporator (FFE) is a specific type of vertically oriented shell and tube (S&T) heat exchanger that is used to separate two or more substances with different boiling point temperatures.

The process liquid is pumped into the top of the falling film evaporator and is distributed evenly across all of the heating tubes in the heat exchanger. It is very important that the liquid be well distributed so that it evenly flows down the inside walls of each tube. This film of liquid that is descending through the tubes is known as a “falling film” and is where this particular heat exchanger derives its name. 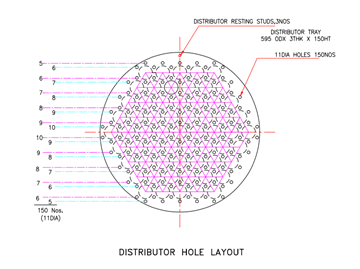 We manufacture and export Falling Film Evaporator across the globe, we stock ready for urgent supplies.